Home of cranes and sanctuary of birds

The village of Villa del Rey, which was formerly known as “Aldea el Rey”, is surrounded by landscapes of great beauty with its plains, dehesas, and rocky places in which to lose yourself. Although in historical terms it is of relatively recent origin, in its municipal district unexcavated remains of much older cultures can be found. The earliest are the remains of tombs of the megalithic period (3,500-3,000 B.C.) which some archaeologists refer to as the “culture of the tombs”. As the materials with which they were constructed are those predominating in the vicinity, we find dolmens of granite and of slate, of which the former are in a better state of repair. Moreover, the appearance of individual items such as tegulae, loom weights, and other pottery remains of the Roman period also reveals the possible existence of rural settlements at that time. 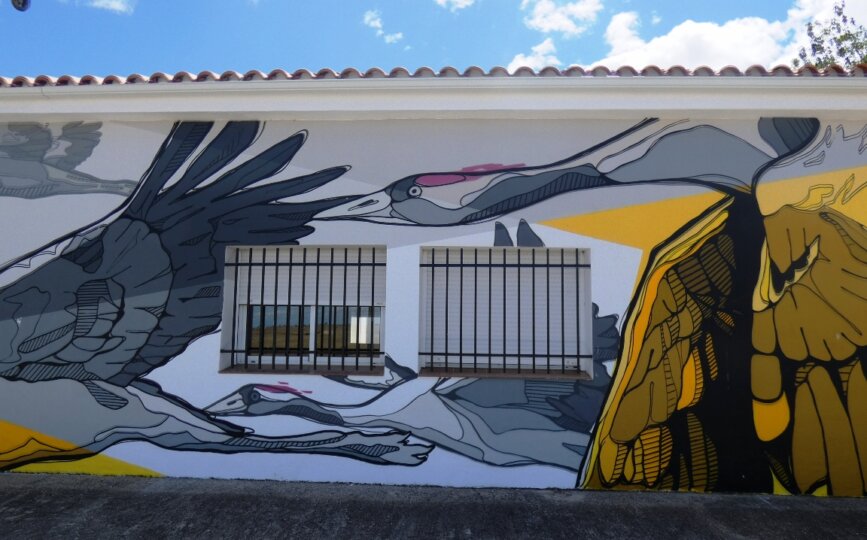 Curious fact:
The Castillo of Belvís (also Torre de Belvís) is a 13th- century fortress of which only one tower survives. It was a command of the Order of Alcántara of some importance. Its destruction is attributed to the confrontations caused by the rebellion of the Infantes of Aragon against their cousin and brother-in-law John II of Castile in 1431. ​

The ruins are located alongside the EX-207 road halfway between Villa del Rey and the town of Brozas.

The population centre of Villa del Rey is of recent origin and is linked to the development and consolidation of the Military Order of Alcántara in the Middle Ages. It is possible that it was linked to the command of Belvis and Navarra belonging to said Order, of which survive the name, the dehesa where it was located, and remains such as the Torre de Belvís. 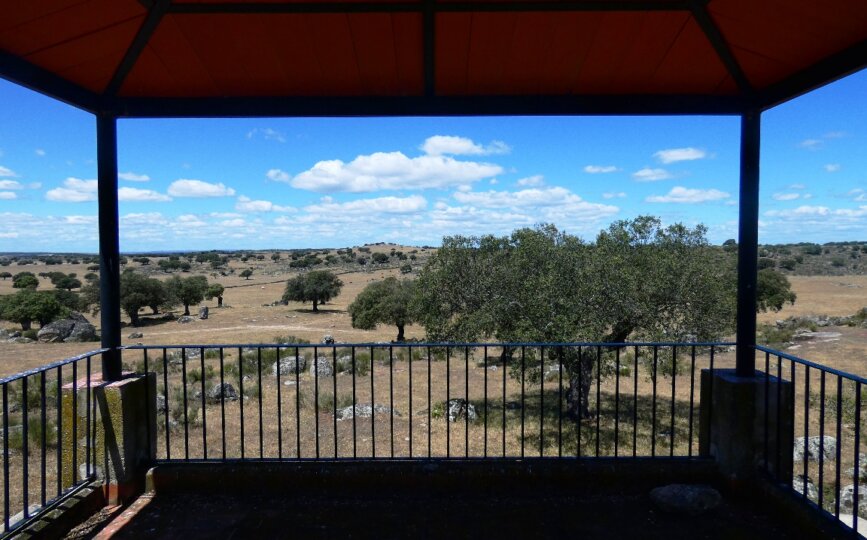 Villa del Rey has a dehesa of common ground or dehesa boyal of great antiquity which holds and feeds a significant population of cranes. It also has pools with smaller populations of ducks and waders. It is therefore not surprising that “game reserves” are being established to protect the fauna.

If these dehesas are valuable habitat the plains are equally so. Today they are under serious threat owing to the abandonment of agriculture, which affects species as striking and as abused as the great bustard and other birds of the steppe such as the pin-tailed sandgrouse, the black-bellied sandgrouse, and the little bustard… On this dehesa there is a vantage point which gives a panoramic view of part of the territory of Villa del Rey. 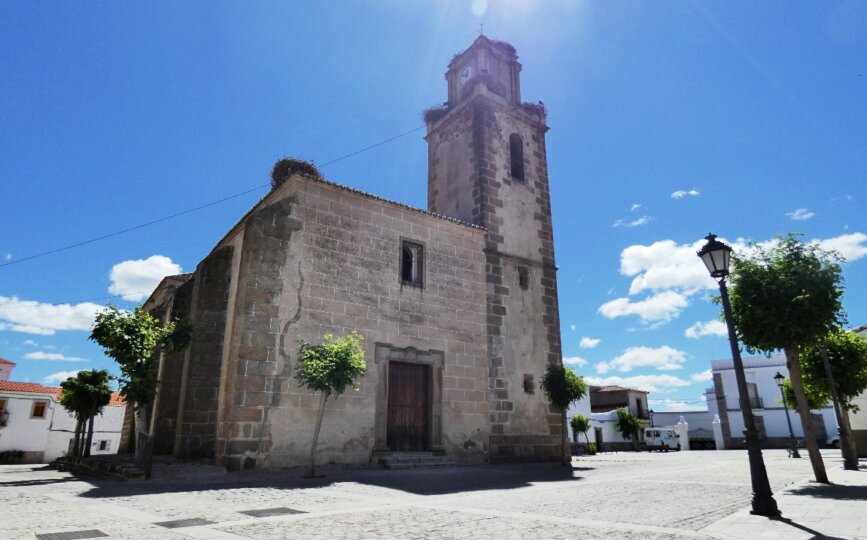 This is the main monument of Villa del Rey. It is a 16th-centuy building in Renaissance style and can be divided into two parts as far as the style and the materials used are concerned. The quadrangular chancel is constructed of ashlar work and covered with ribbed vaults of tiercerons; the nave is of masonry in three sections with transverse lancet arches and a slightly pointed barrel vault with crescents.

In its interior the mixture of styles is evident. There is a small rococo altarpiece; in the chancel there is a Gothic niche of the year 1500 and a main altarpiece of classicist architecture of the last quarter of the 16th century. From a artistic point of view, on the side of the epistyle there is a side chapel with a worn 16th-century fresco, which is probably by Juan de Ribera and represents the Assumption. 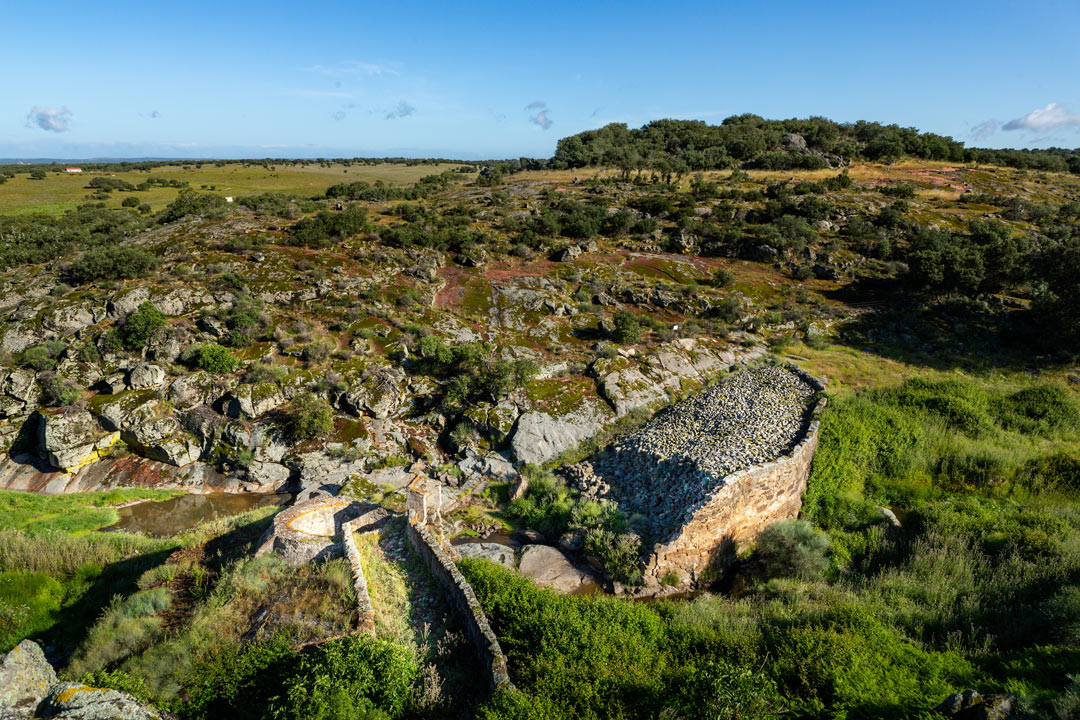 They have been declared a Site of Ethnographical Interest. The fine landscape which surrounds them is dominated by rocky ground and the course of the River Jartín.