History through mills and nature

Salorino is located to the south of the peneplain of the River Salor, which gives the village its name. Here we find a combination of Roman history, with the remains of a road in the passes of the sierra and the ruins of what could have been a villa, and other traces from the Moslem period visible at the Torrico de San Pedro.

The first permanent settlements of Salorino were those of the repopulation of the Reconquest in the 13th century around the fountain of “El Lugar”. It was there that inns arose such as that of “La Porra”. In the last years of the 15th century the village was a rest area with inns for those who passed by on foot on the roads of the Order of Alcántara. This order took charge of bringing to their new home the settlers who founded what is now Salorino. In 1791 four commands made up the municipal area: Belvís de la Sierra, Benfayán, Sacristanía, and Hornos. At this time the important economic activities were the exporting of wax, honey, and baked bread. 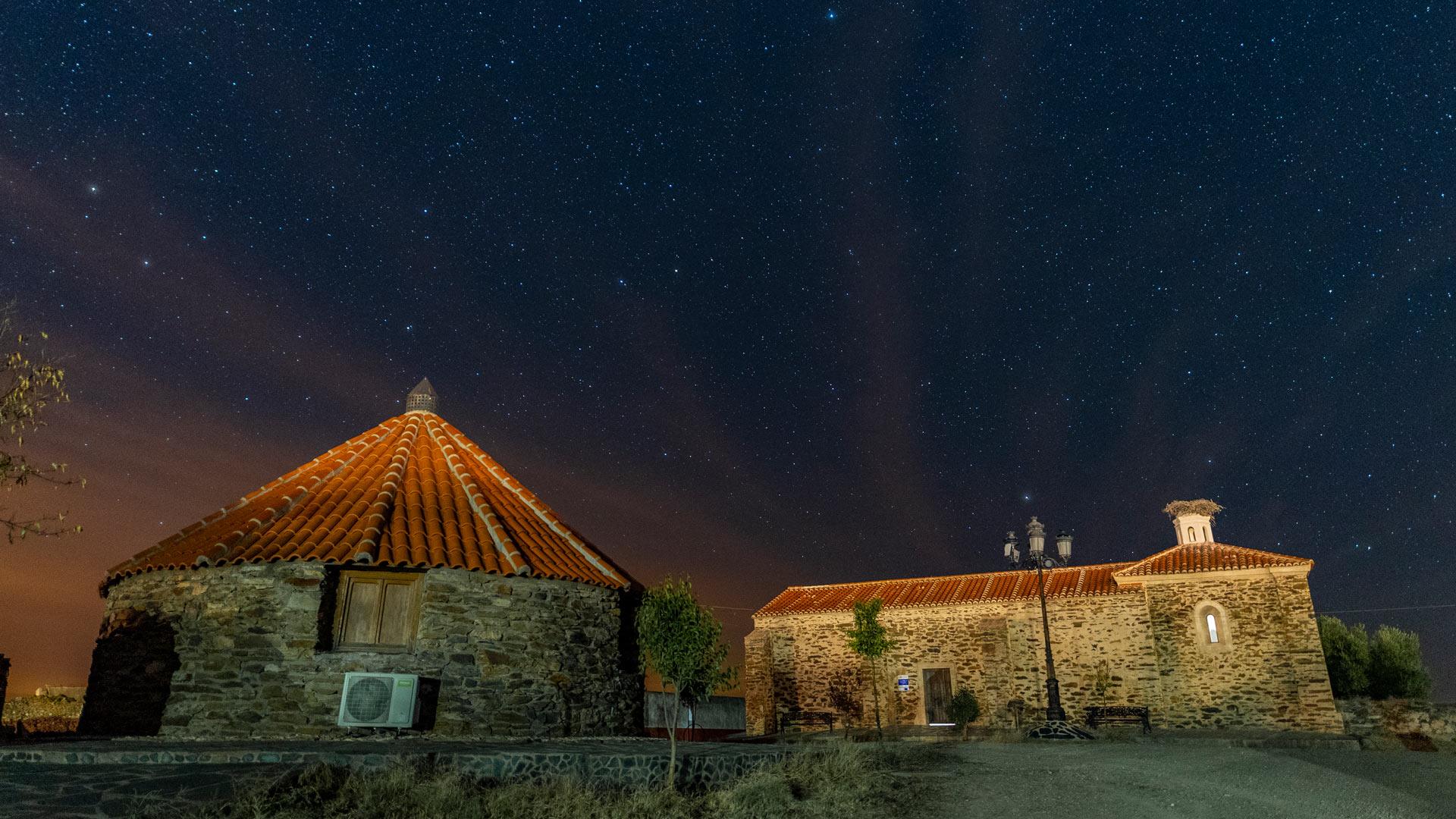 Curious fact:
Salorino is a perfect place for hunting and fishing. There are three fishing preserves, namely on the Charca Grande which is also known as the Embalse Boyero, the Charca de en Medio, and the Charca de Abajo. In these pools the fisherman can find tench, carp, black bass, red swamp crayfish… The fishing season starts each year on 15th May and lasts until late October.

With the sale of church lands the commands were sold and very little land remained in the hands of the inhabitants of the village. As a result they were obliged to abandon the primary sector in favour of work in the secondary sector with its tanneries, bread ovens, mills, and nickel mines.

In Salorino the combination of heritage and nature is visible at every step. In addition to the Church of San Ildefonso and the Chapel of Santa Ana, the importance of the rivers and streams in this municipality is palpable. A clear example is that of the flour mills which have a path linking them so they can be visited and even their own special day, the Fair of the Mills, on the second Sunday in May. The strong bullfighting tradition of the village should also be emphasised; the bullring has a capacity of 1,300 spectators. 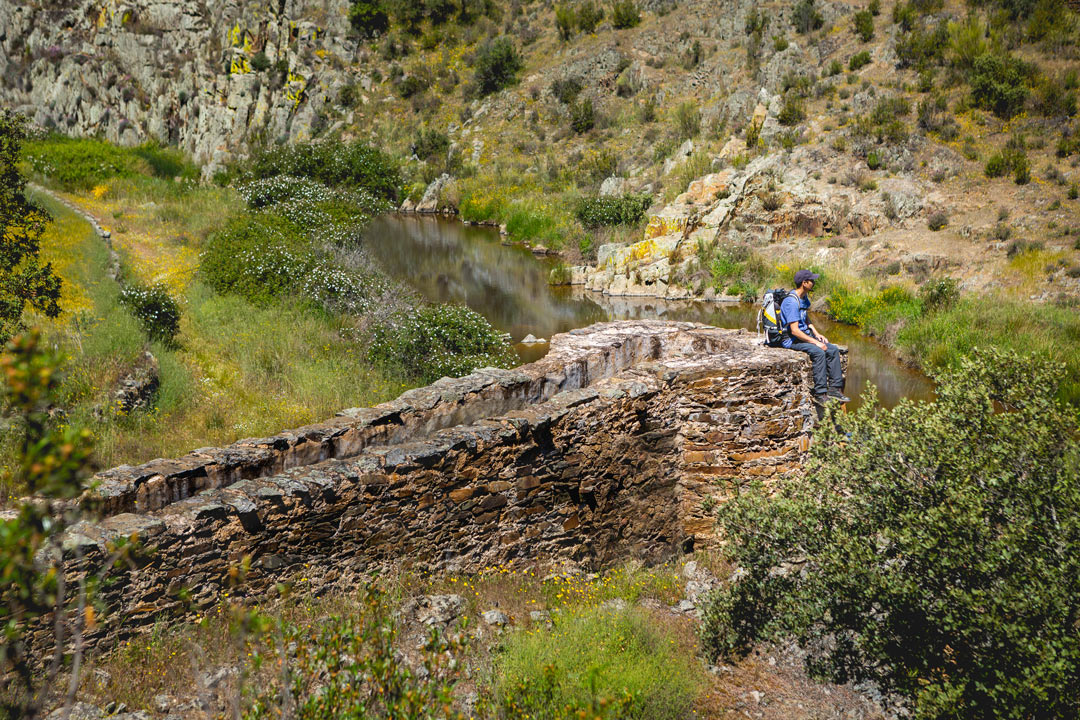 If there is a fair in their honour, they must be worth visiting. In the mid-18th century the flour mills were one of the main sources of income for the inhabitants of Salorino. They operated thanks to the flowing of the water which activated the wheel of the mill (in stone) and this wheel ground the grain.

By following the course of the Justicia Stream we can still find the remains of the mills and their corresponding channels. Examples include those of La Molinita, Toriles, and Charca del Melonar. 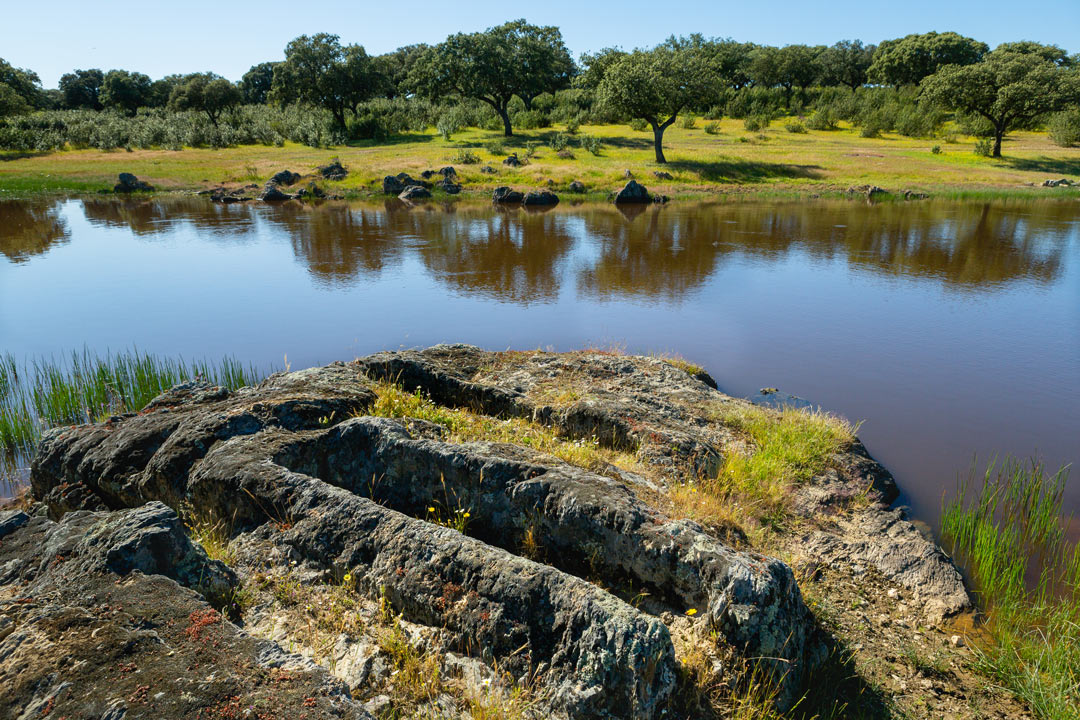 This site consists of remains of a medieval building together with two anthropomorphous tombs excavated in slate in the vicinity. In common with those of other villages we are concerned here with individual tombs which are difficult to date owing to the pillaging they have suffered; no material of any kind has been found in them. The current hypothesis is that they are of the late Roman or even the Visigothic period. 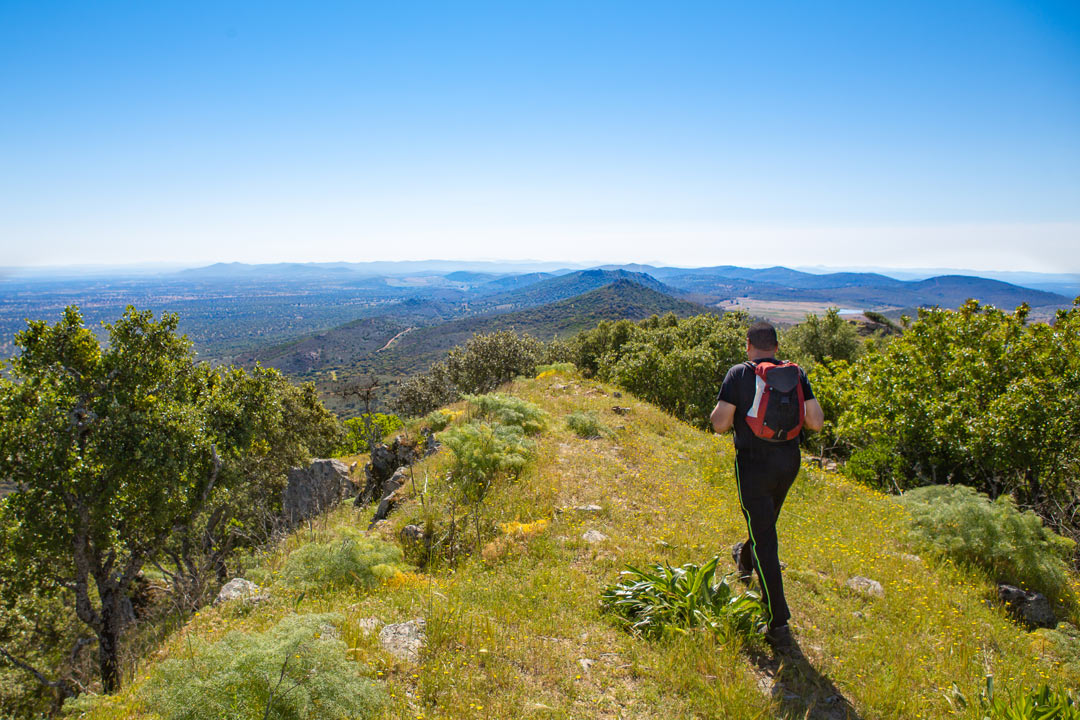 Mirador Torrico San Pedro (PR-CC 93): This circular route which has been approved by the FEXME is of moderate difficulty; it has a length of 20 km and its duration is 7 hours 10 minutes. It starts in Salorino and reaches the majestic Torrico de San Pedro at an altitude of 703 m above sea level. In any case, apart from the climb to and descent of the Torrico Viewpoint the route is practically flat. It is best to do the trip on a clear day so as to enjoy the magnificent views of the Sierra de San Pedro. 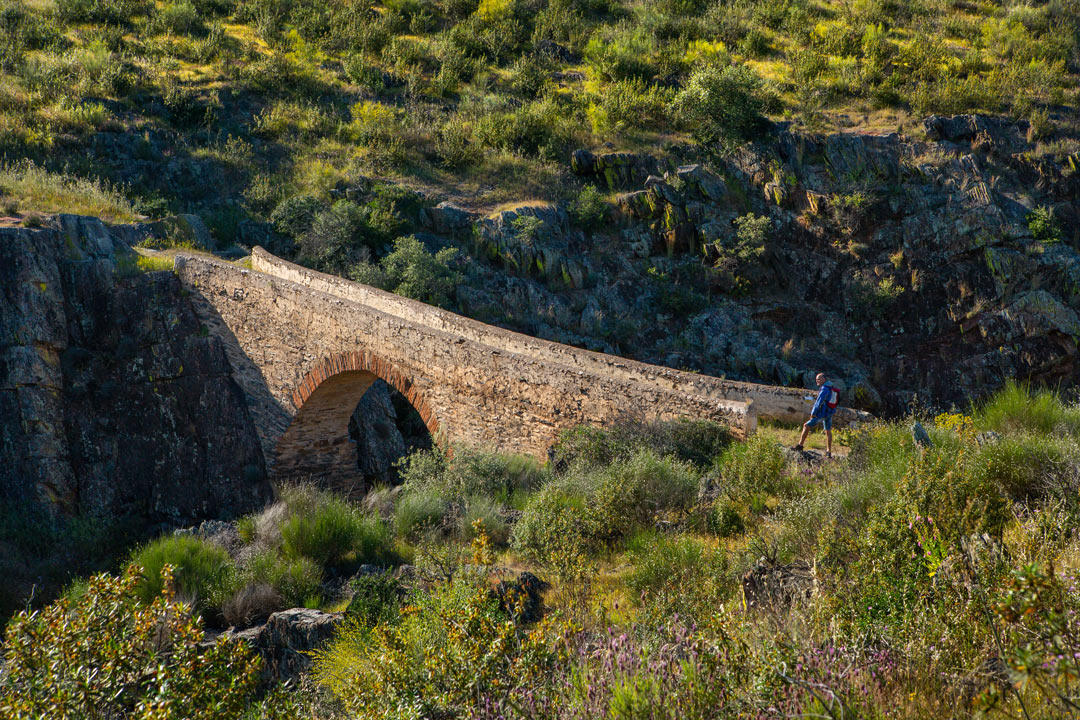 This is a circular route of 15.6 km which takes approximately 4 hours and 10 minutes to complete. Although it has some ups and downs it is largely flat. It starts from the Plaza de Torrijos and continues via the Laguna Cigüeña and the Getreros Stream to reach the Justicia Estate. Once there we come to the Paraje la Mesa which affords magnificent panoramic views, then to the Puente del Infierno (Bridge of Hell) and back to the starting point via the La Torrecilla Estate and the Casa de Vaquerilejo.