Proposals valid until the end of 2021

The nights at the Tajo Internacional Cross-border Biosphere Reserve are full of stars. The darkness of its skies, its privileged natural setting, and its numerous historical remains make this territory an ideal place for stargazing.

The standard measurement for finding our whether a sky is suitable for astronomy is 21.4 mag/arsec2. To be precise, Tajo Internacional gives figures of above this value and even higher than 21,7. Therefore its darkness, its clarity, and the transparency of its atmosphere confirm that this area is excellent for stargazing and if you are game for astrophotography. Below we tell you the best places for practising astrotourism. 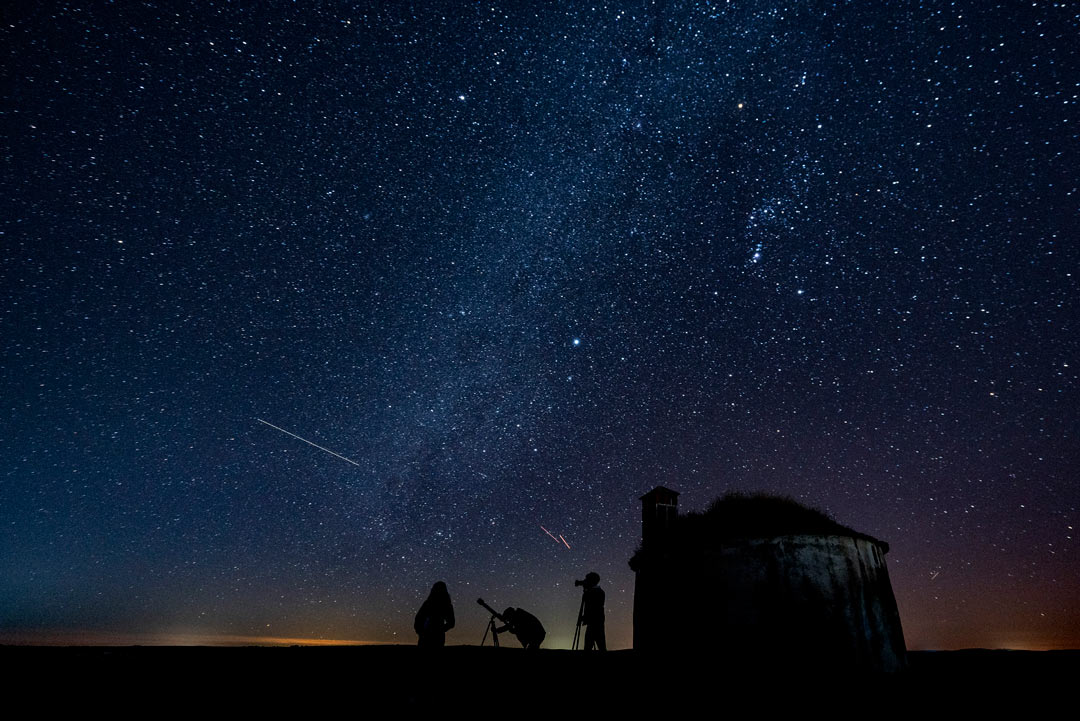 The quality of the sky in these four villages is exceptional. Moreover, they have resources such as castles, dolmens, and shepherds’ huts in the middle of the country. A real theme park for enthusiasts of astrotourism and astrophotography. 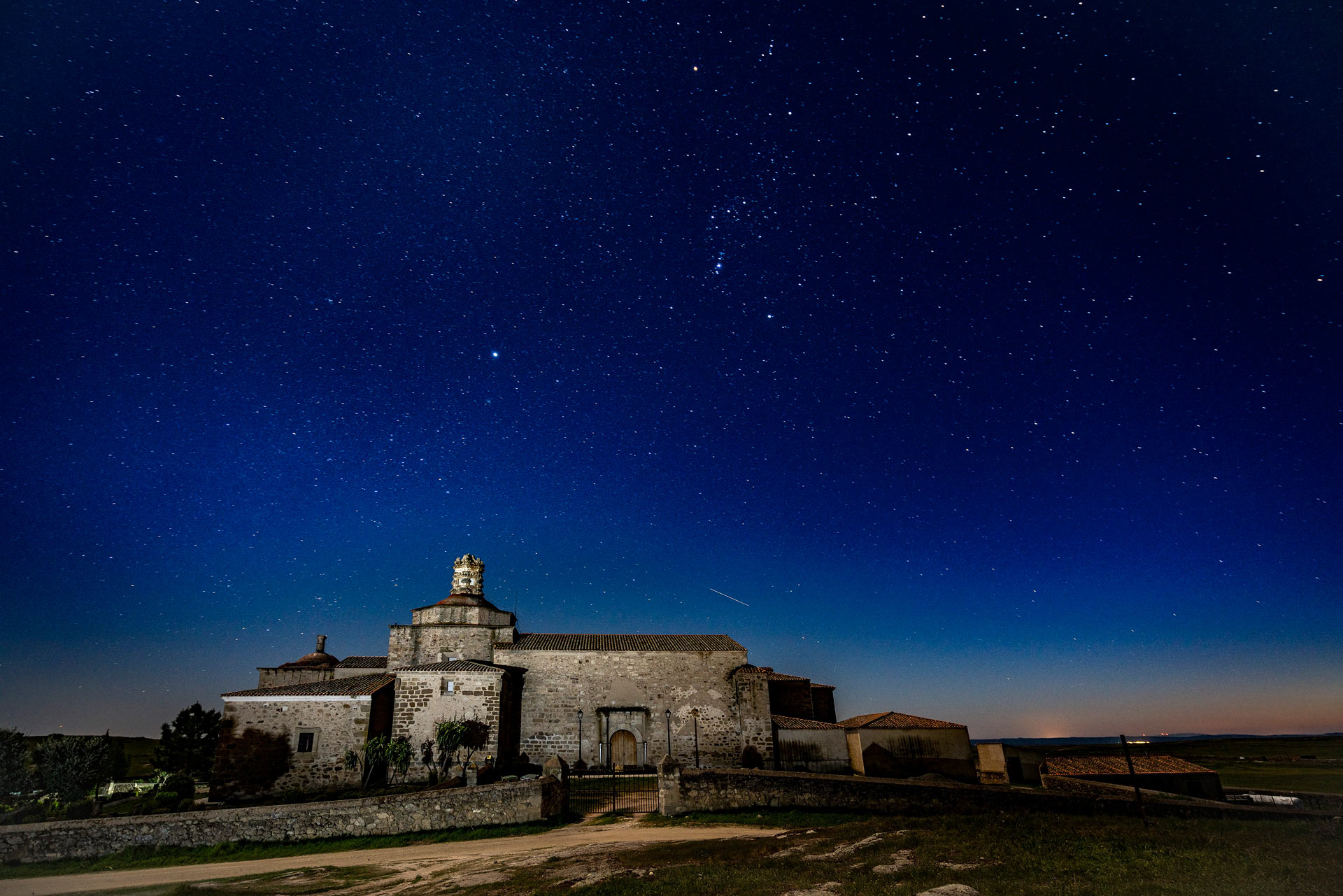 The imposing River Tajo splits this territory in two to form a great variety of natural landscapes linked to water. Here you will find river banks, pools, and the Alcántara Reservoir which during the night reflect the full beauty of stars, planets, and comets.

Steep yourself in history under a mantle of stars

The cultural richness of this land makes it well worth a visit in the moonlight. Let yourself be captivated by the castles, stately homes, chapels, convents, and fortresses which dot this Cross-border Biosphere Reserve.

To complete the experience, go for portraying the spectacular mantle of stars at the 2nd-century Roman Bridge of Alcántara or that of its little brother, the Bridge of Segura, where you will take snapshots as a souvenir.

Archaeonomy is the branch of astronomy and archaeology which studies the sacred buildings or sites of the ancient civilisations with the aim of finding out about their astronomical knowledge. At Tajo Internacional, which is rich in prehistoric evidence, you will be able to connect with our ancestors under the stars. The dolmens of Valencia de Alcántara, with 41 constructions which have been declared Assets of Cultural Interest, stand out.

Moreover, the stars shine in a special way in places such as the ‘El Buraco’ Cave in Santiago de Alcántara and its slate dolmens; the ensemble of Cedillo, with the dolmen La Joaninha which was discovered in 1995; and the ensemble of Herrera de Alcántara.

Likewise, at least 50 slate dolmens are scattered over the municipal district of Alcántara. Here the Menhir del Cabezo stands out with its length of 4.65 metres; it is one of the few to survive in western Spain. Finally, on the Portuguese side it is well worth visiting the Megalithic Complex of Castelo de Vide and the Menhir de la Meada under a mantle of stars.

Medieval castles in the darkness of the night

If you feel like seeing a night sky with medieval tones you must visit the Peñafiel Castle, which is of Arab origin and located in the vicinity of Zarza la Mayor. Another interesting option for enjoying astrotourism is the Chapel of Our Lady of Los Hitos.

Finally, the taste of traditional architecture takes on telluric tones in the moonlight and there is nothing better than photographing bujíos (huts) in the middle of the night. 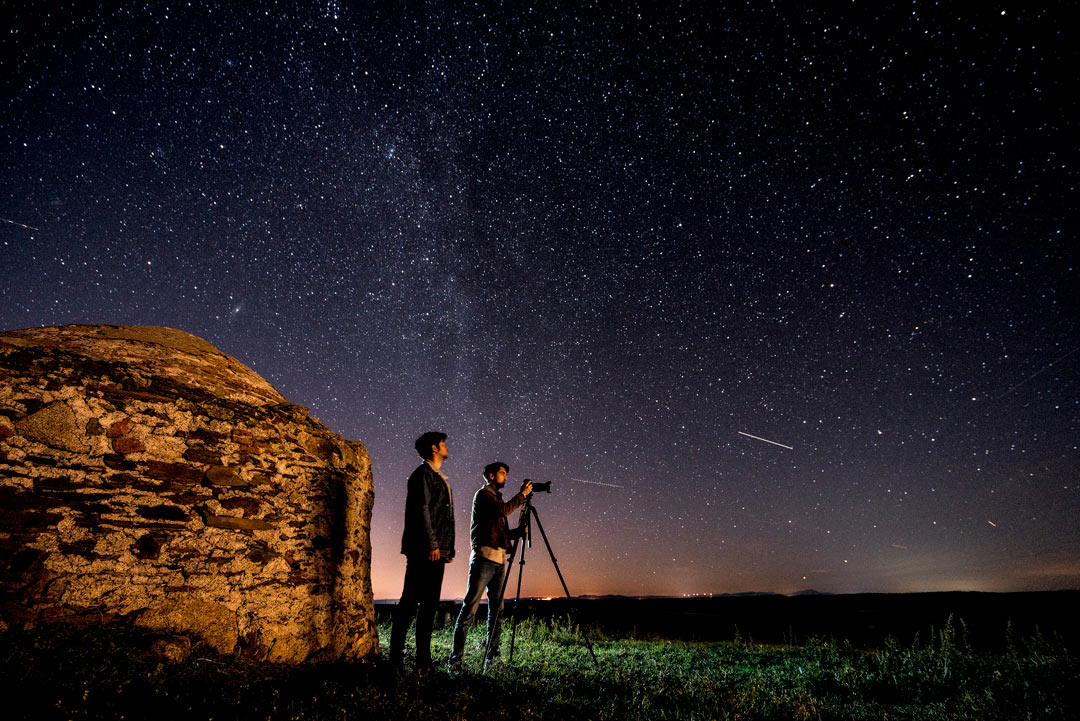 Spring and summer are the best times of year

To conclude, you should know that the best time of the year to practise astrotourism is spring and summer, because it is less likely that clouds will appear. However, autumn and winter are also interesting to glimpse other constellations and stars. 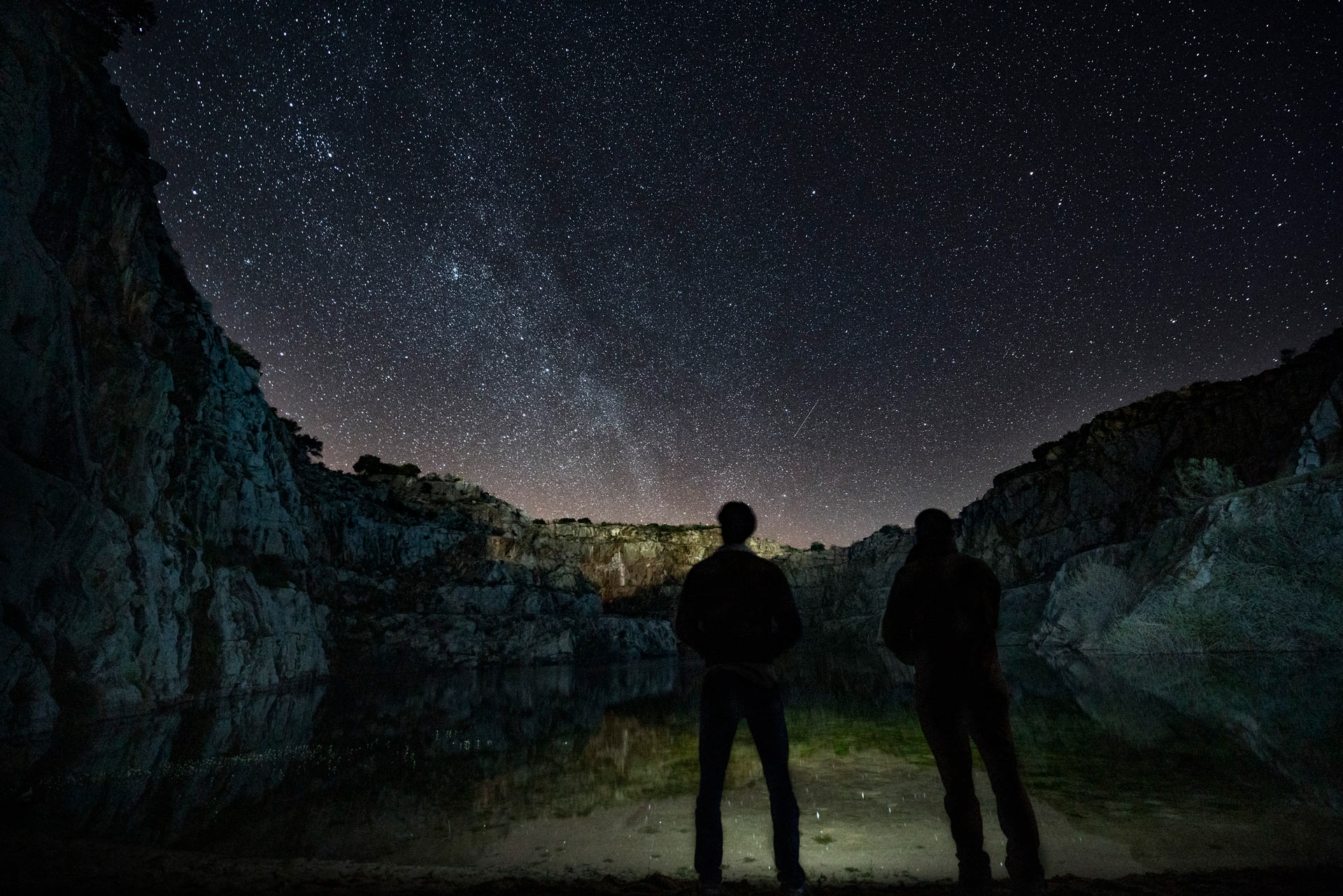