The perfect place for enjoying “the rut”

Herreruela is a pretty village located on the northern edge of the Sierra de San Pedro between the latter and the River Salor. One of its main attractions is its nature with the great spectacle of the rut in pride of place. Moreover, its sierras reach an altitude of 600 metres and it has land which descends to the depression of the River Salor, it offers many opportunities to observe very varied species of fauna and flora typical of the area.

In addition to the River Salor, small streams run through the territory, all of which share the surroundings of well-preserved dehesa and Mediterranean woodland which are perfect for hiking. During the autumn the visitor can attend one of the most incredible sound spectacles of Mediterranean woodland and dehesa; the rut of the red deer. 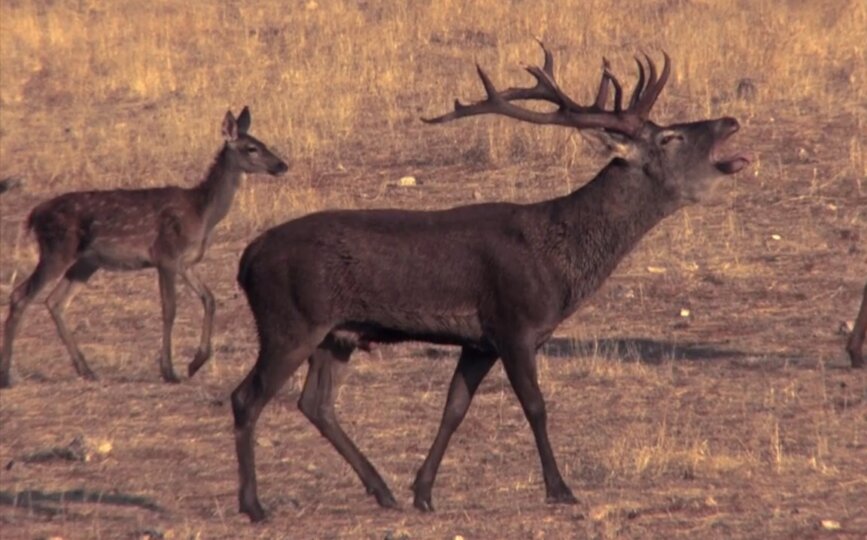 Curious fact:
Infanta María de Portugal stayed at house number four of the current Calle de La Princesa (hence its name) in 1543 when she was on her way to marry the prince who would become King Philip II.

It may have been the considerable natural attractions of Herreruela which charmed Romans, Visigoths, and Arabs, the traces of whom have been erased by the various armies which have passed through Herreruela; they left no fortifications as a genuinely peasant level was always maintained. Although no written evidence has been found as to the origins of the village, to judge by the existing finds (anthropomorphous tombs which may be from the late Roman period) the area now occupied by the municipal district and its vicinity was inhabited from very early times.

In common with most of the villages of Tajo Internacional, Herreruela was a fief of the Order of Alcántara, to which it belonged until the late 18th century. Three large dehesas (Cantillana, Turuñuelo, and Piejunta) accounted for 90% of the municipal surface area to leave the inhabitants practically landless. Nowadays the situation is a similar one as the land has passed into the hands of major landowners.

The extensive artistic-cultural heritage of Herreruela consists of the Parish Church of Our Lady of La Encarnación (18th century), the Casa Grande or Casa de la Marquesa (19th century), the Bujío or Chapel of San Juan (17th century), the anthropomorphous tombs of La Horma (3rd-4th centuries), the stone bridge and several hydraulic mills, a former flour mill, the bridge over the River Salor, and the abandoned railway station in which its cultural value goes hand in hand with its natural value. 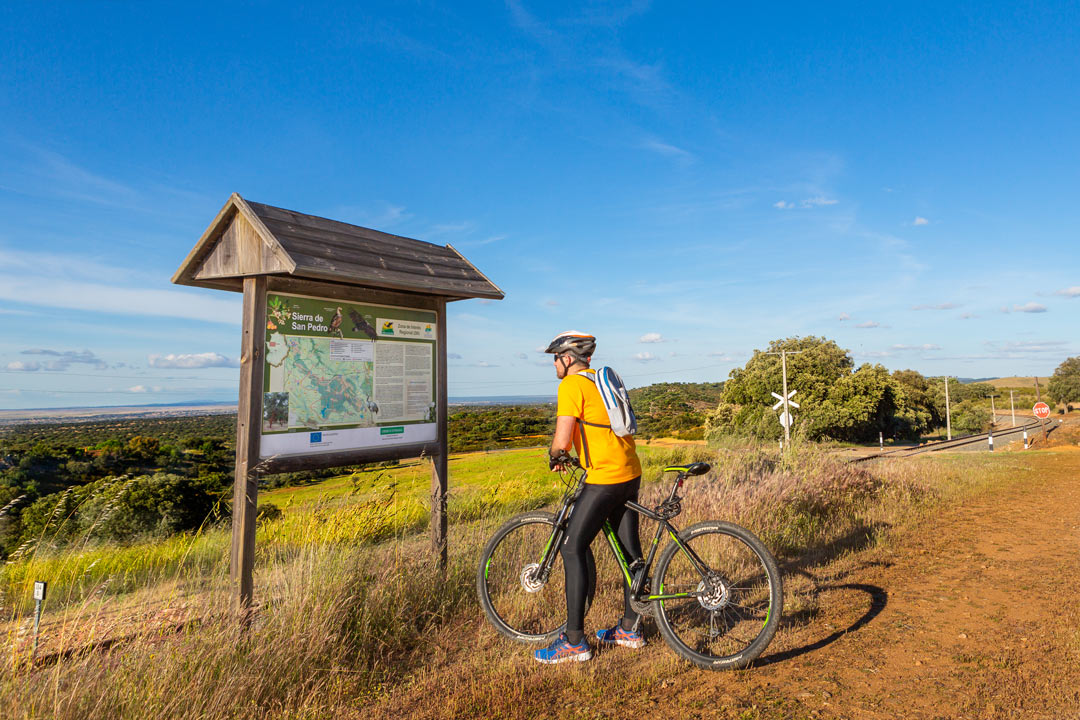 At this abandoned railway station in the heart of the Sierra de San Pedro you can contemplate the landscapes of the area (which has been declared the Sierra de San Pedro ZEPA and LIC). This spot is a privileged location for the season of the rut (when the red deer mate); it is perfect for observing and listening to this natural event in the autumn. 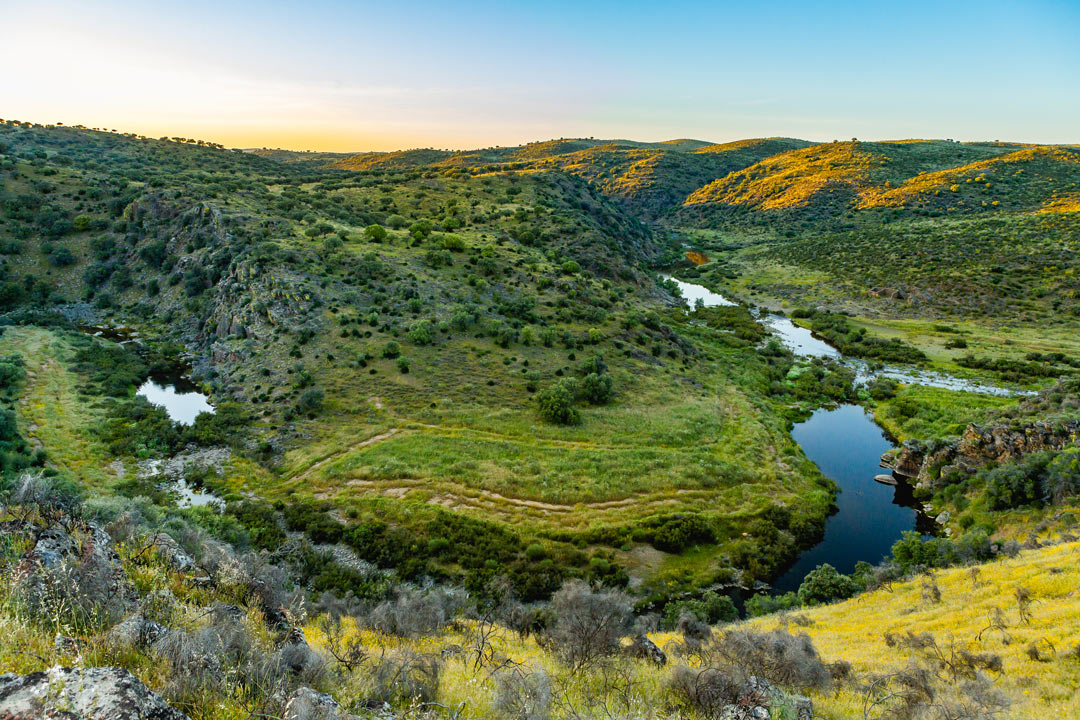 This route has been officially approved by the Spanish Mountain and Climbing Club (PR-CC 90). It is linear; to reach the destination and return to the point of origin will take you approximately 4 hours over a distance of 12.8 km.

It starts in the Calle San Antonio and continues along the Copete Trail to the Palanca estate. Later on it follows the Membrío Trail and passes the Casa del Pajarito on the way to the El Rocho Viewpoint where the Las Torres Brook flows into the River Salor. At this point we will start to retrace our steps. 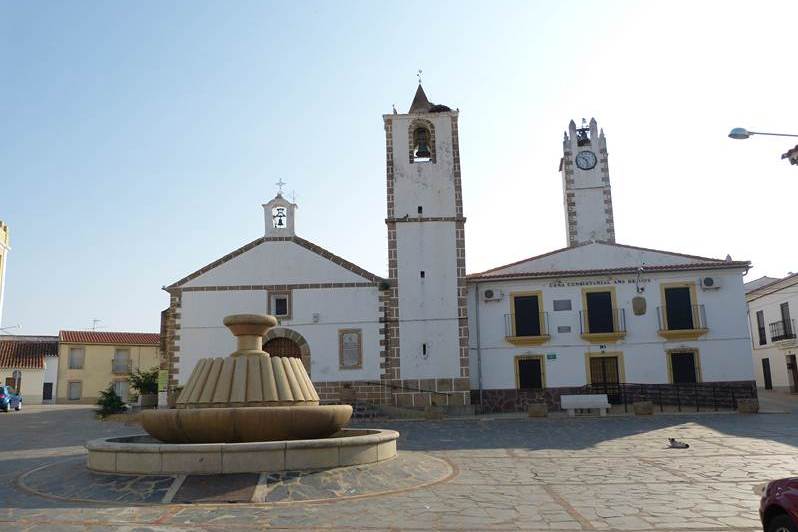 As the church is a good example of the rural baroque style it is of great historical and artistic interest, in particular because this style is generally found combined with others. Moreover, it contains a valuable 15th-century carving of Christ and the remains of a 16th-century altarpiece. 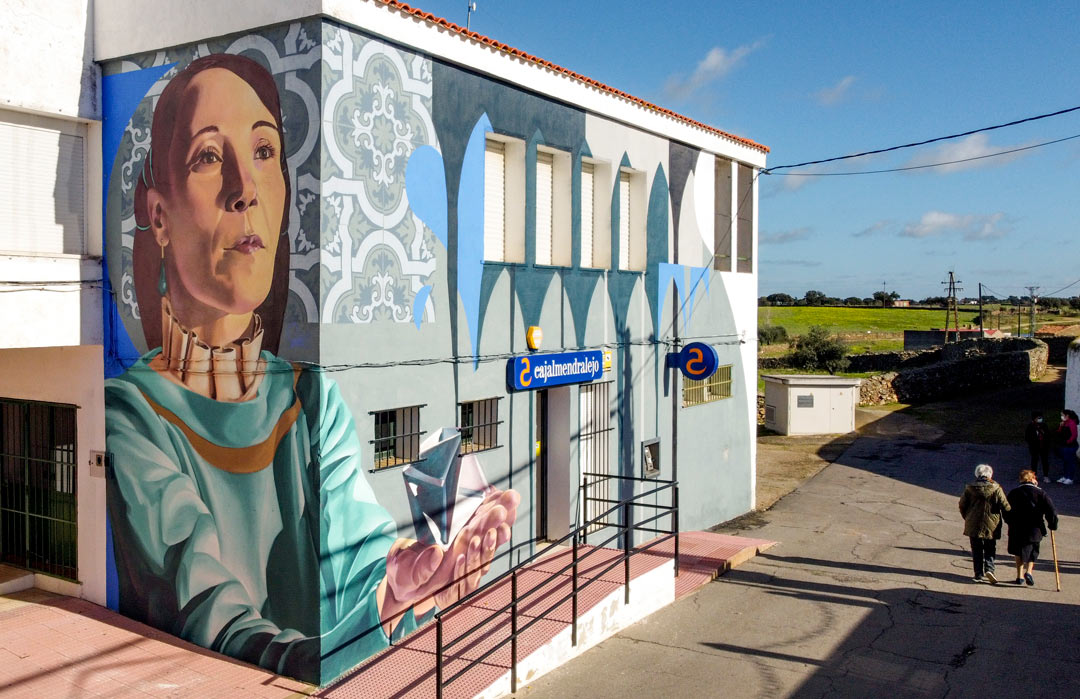 The Herreruela Social Centre should not be missed by enthusiasts of urban art. The artists Jesús Brea and Jonatan Carranza Sojo have reflected local history on its façade in the form of two magnificent murals dedicated to Infanta María of Portugal and “El Chico Cabrera”. In this manner they fuse the reality and the legend of these important figures of Herreruela and the Tajo-Salor District.

Princess María Manuela of Portugal spent a few days in Herreruela in 1543 when she was on her way to marry the prince who would become King Philip II. Her stay at Herreruela caused a great stir owing to the impressive retinue which accompanied her.

“El Chico Cabrera“, for his part, was a well-known bandit of the district of the mid-19th century with a peculiar series of legends and adventures attached to him. Although he was from Brozas, he could easily be found anywhere along the Tajo engaged in smuggling.