The first written information on the village dates from April 1753 and refers to it as “the place of Carbajo, a village under the jurisdiction of the Town of Alcántara”. This land was however populated much earlier as is borne out by the existence of numerous megalithic remains and instruments of carved stone, to be precise axes which have been found in the sierra very near the current built-up area.

Carbajo lies in one of the areas with the greatest natural richness in Europe. It is bordered to the west by the municipal district of Santiago de Alcántara and to the south by that of Membrío. Less than five kilometres from this small and attractive village we come to the left-hand bank of the Tajo Internacional with Portugal on the opposite side. 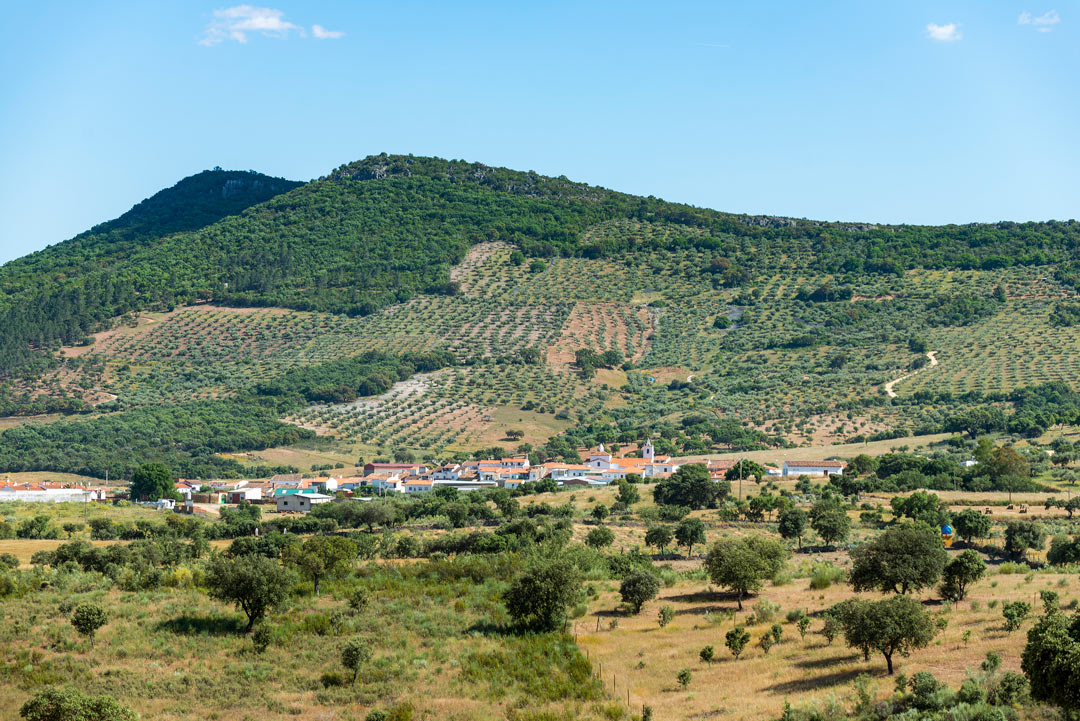 The artistic heritage of Carbajo includes megalithic remains which are scattered over its municipality (the nearest are to be found on the Cerro Pelleja near the spot known as Las Señoritas), the parish church of El Salvador (17th and 18th centuries), and the Santa (1791) and El Caño fountains (1888).

The pleasures of nature to be enjoyed in its vicinity include birdwatching, the views from the vantage point of La Polea, and the sound spectacle of the rut of the red deer in autumn. In addition to being part of the Tajo Internacional Nature Reserve, Carbajo also has other protected areas: a Site of Community Importance (Lugar de Importancia Comunitaria, LIC), a Special Bird Protection Area (Zona de Especial Protección para las Aves, ZEPA), and the ‘Sierra de San Pedro’ Area of Regional Interest (Zona de Intéres Regional, ZIR), together with the ZEPA of the ‘River Tajo Internacional’ and its banks. 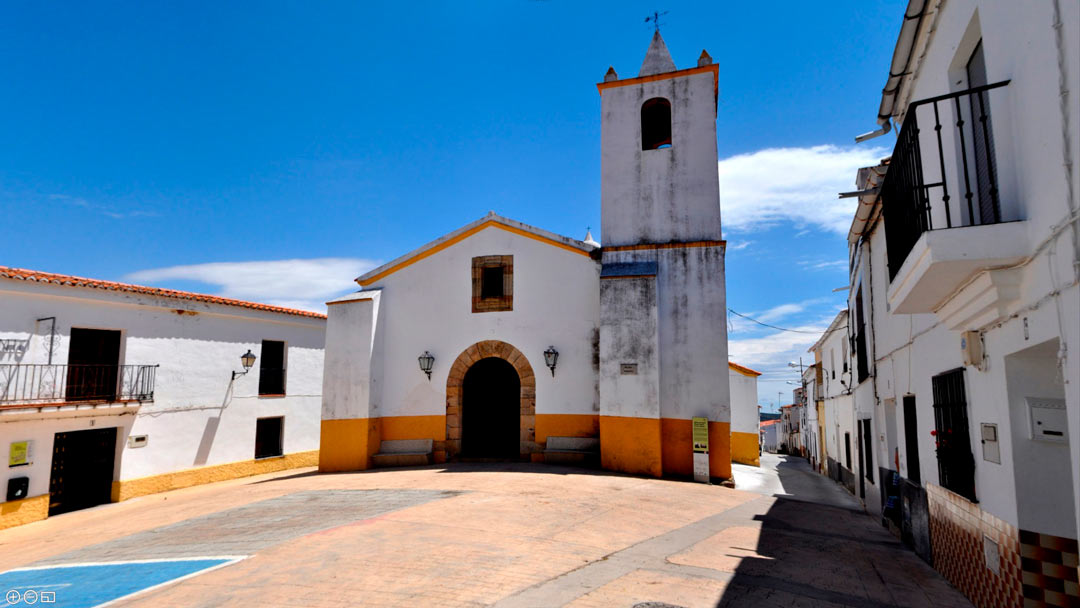 Curious fact: The first settlers as such were from Galicia according to the hypothesis based on the fact that many of the inhabitants of the village have surnames from that region. This would also explain why the patron saint of the village is Santa Marina as she inspires great devotion in Galicia; furthermore the name of Carbajo may have its origin in the carballos or sessile oak trees which are found in that area.

Its gastronomy is excellent and very varied. The following products stand out: olive oil, sheep and goat cheese which has earned both Spanish and international recognition, honey and pollen, sausages and other derivatives of the Iberian pig, and game meat stews together with traditional sweetmeats such as mantecadas, perrunillas, tortas de chicharrón, and roscas. 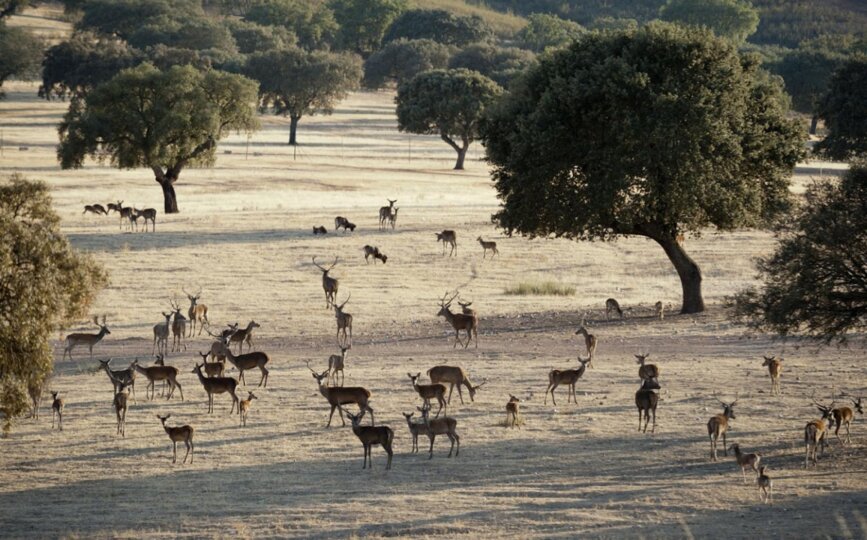 Birdwatching and observing the rut are the main wildlife activities in Carbajo. In September many stags bellow and fight among themselves in order to demonstrate their might and win over the group of females with which to mate. 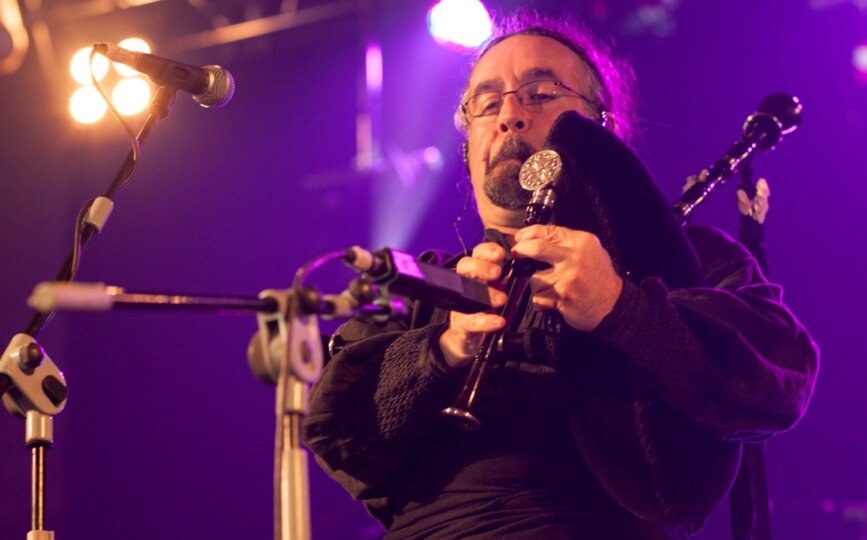 This festival of Celtic and folk music has been held in Carbajo since 2003. The event, which is traditionally organised in late October or early November, also includes very varied activities for all types of audiences: photographic exhibitions, workshops, craft markets, competitions… 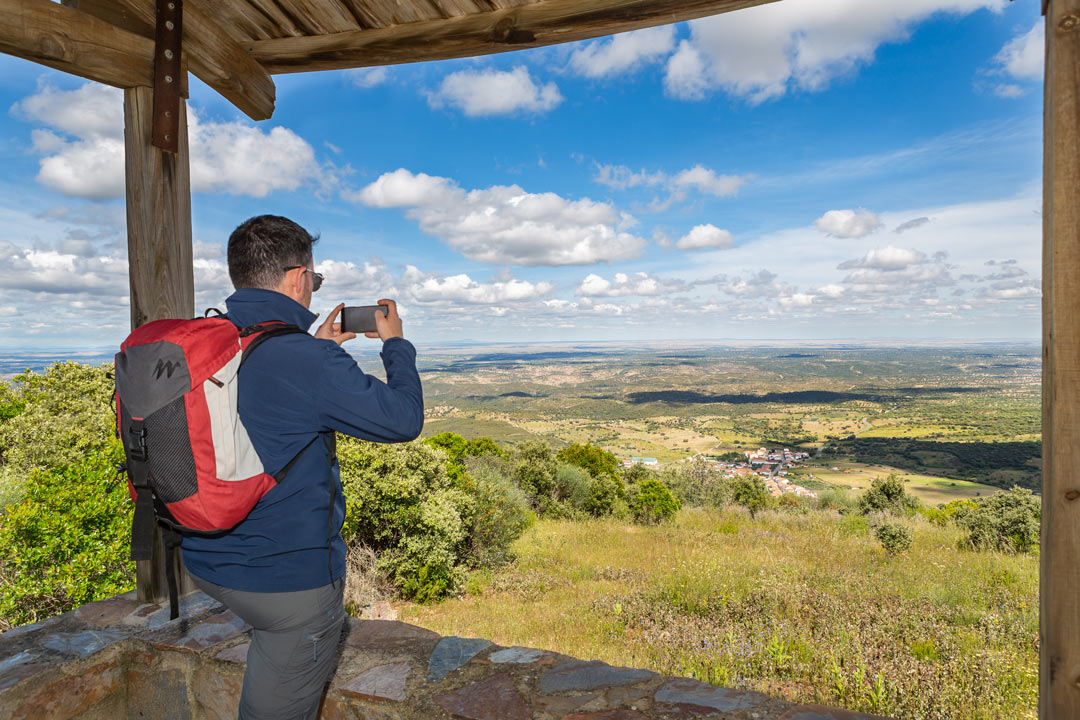 This spot is very popular with the inhabitants of Carbajo and can be reached on a trail of easy access which ultimately leads to the Watchtower. During the ascent we will find this refuge on the right alongside an open flat area where we can watch birds with nature at its best and stargaze on clear nights. 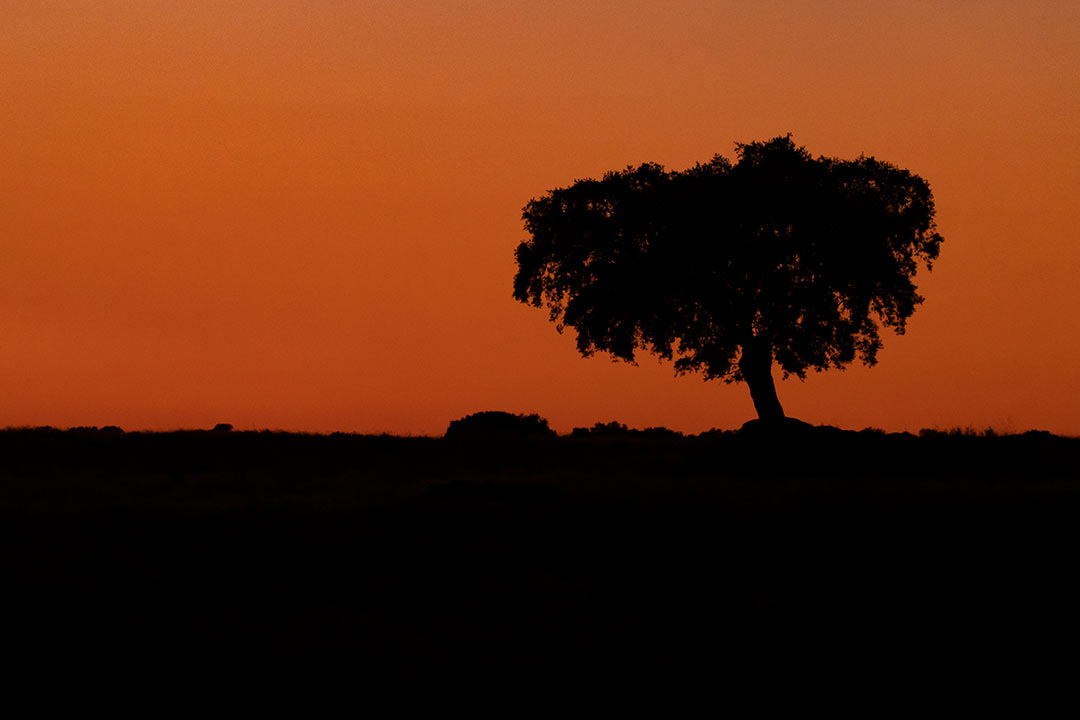